My interest in insects and other living things, which blossomed at the Dalton School, continued. It ultimately led to my current work in internal medicine, as a doctor specializing in infectious diseases. 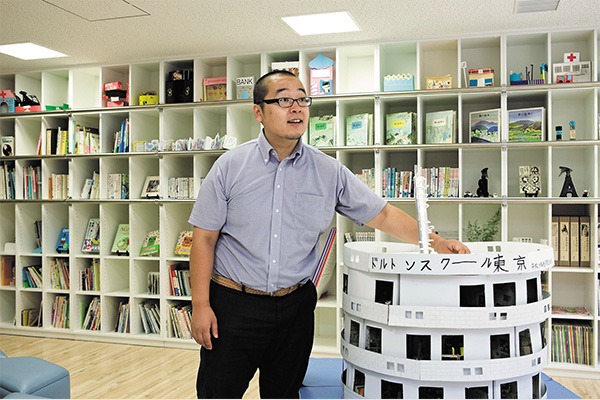 The environment allowed me to discover what I liked and to pursue it enthusiastically.

How did you start attending the Dalton School?

Hoshina:I was born and raised in Higashi- Kitazawa, where Dalton's Tokyo School is located. My parents looked into a variety of kindergartens in the neighborhood. Ultimately, they resonated with Dalton School's learning environment, which allows all children to freely and fully engage with their specific curiosity and interests, and decided that I should attend Dalton School. 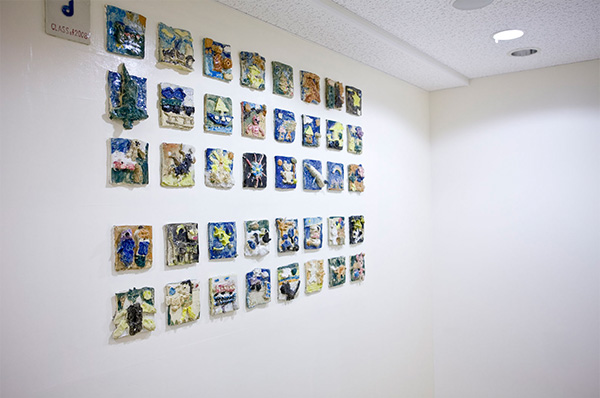 What memories do you have of your time at Dalton?

Hoshina:What made the greatest impression on me was an exhibit we held for a presentation that simulated a zoo. We picked up acorns and twigs at a nearby park and in our workshop, we used hammers and saws to make animal figures. The teachers did not give us any instructions on how to make them. It was left entirely up to the children. I made an alligator, gorilla, elephant and other things. I was probably very satisfied with the job I did ? so much so that I decorated my garden at home with them for a while. (laughs)

Although many of the children who attend the Dalton School are the type who find a certain area that they excel at and then pursue it enthusiastically, in my case, my interest in living things blossomed through experiences such as that woodworking project. I enjoyed myself thoroughly looking at the picture dictionaries we had in our classroom, learning the names of insects, and then making them in woodworking. I feel that the interest in living things that emerged in my childhood greatly influenced my choice of career later on.

I also fondly remember the original dramas we created and the performances we gave in front of parents. I have a clear memory of this last scene in which we all got on a train and flew into the sky, but I really can't remember the rest of the story that led up to that scene. (laughs)

It's probably really difficult for kindergarteners to think up a toryline...

Hoshina:Looking back now, I think it was a fairly high-level activity. I myself barely participated in the story-making process. However, I was assigned the role of a unicorn beetle, which I loved, and I was satisfied just playing the part! (laughs)

What did you learn from your teachers that made an impression on you?

Hoshina:I have almost no memories of the teachers getting angry at us. We were likely scolded when we behaved in a problematic way, but basically we were just free to do the things we wanted to do. It's very likely that the teachers were skilled at managing the children's relationships with each other in that environment.

I developed the habit of researching things by myself, and solving problems by applying my learning became my strength.

After starting elementary school, did you ever feel that what you learned at the Dalton School was useful?

Hoshina:One good thing was that through studying the picture dictionaries on insects, which I mentioned earlier, I developed the habit of researching things by myself. I went to a public elementary school, so classes centered on the basic items that were introduced in textbooks, but when I became interested in something I had learned in class, I would deepen my knowledge by researching it using library books and the like. This helped me do well with solving applied problems and integrated problems connecting different units. What I learned at the Dalton School was to make it a habit to look things up by myself, immediately, when I didn't understand something. I have kept up this habit to this day.

Hoshina:Because of my father's work, from second to fourth grade, I attended an elementary school in the US. In American elementary schools, similar to the Dalton School, you are allowed to skip levels in the subjects you excel at. On the other hand, if there's a subject you're struggling with, you can get extra help after school. I think this kind of education system of taking contrasting approaches is meaningful and very good. In some areas of study, though, the content of what I had learnt in America was different from Japan and to augment such areas, I started attending Kawaijuku's Green Courses from my first year of junior high school.

In high school, I was on the American football team. In my third year, I played in the Kanto Tournament on the offensive line. I was so involved with the team's activities that I neglected my university entrance exam studies. So after the tournament, I started going to Kawaijuku's High School Green Courses again.

What made an impression on you from your Green Course classes?

Hoshina:I'm really grateful for the English classes in the Junior High School Green Courses. As a student returning from having attended school abroad, I did not have any trouble with daily English conversation, but it was necessary for me to convert my "daily-use English" into "entrance-exam English." Honestly, there were some expressions and idioms I thought wouldn't actually be used in America. (laughs) I was conflicted, but if such expressions did truly appear in entrance exams, there was nothing to do but to master them. Also, the English vocabulary I had acquired in elementary school was very basic. Reading the long passages found on university entrance exams requires vocabulary for current events and other specialized terminology found in newspapers. Rather than priding myself just on my daily conversation capability, I felt that it was a great gain to have learned proper grammar and reading comprehension involving challenging English early on as a junior high school student.

At the High School Green Courses, I found the biology classes very interesting. The areas that frequently appeared in entrance exams were thoroughly explained. However, timely subjects such as genomic occurrence - a hot topic at the time - were also brought up and I was very much inspired from all such courses.

My interest in living things expanded, and I aimed to become a doctor of internal medicine, specializing in infectious disease.

When did you decide to go to medical school?

Hoshina:My interest in living things and life which started at the Dalton School formed the basis of my decision to go to medical school. I had always hoped that studies related to my interests would eventually lead to my future work. Then, when I was in high school, I had a discussion with my father, who was an associate professor at The Jikei University School of Medicine, Department of Laboratory Medicine. He gave me some advice, saying,"If you're interested in that field, you could become a researcher, but if you're thinking about a career, you could help people by becoming a doctor, while continuing your research." Inspired by his words, I decided to take the med school entrance exam when I was in my last year of high school. 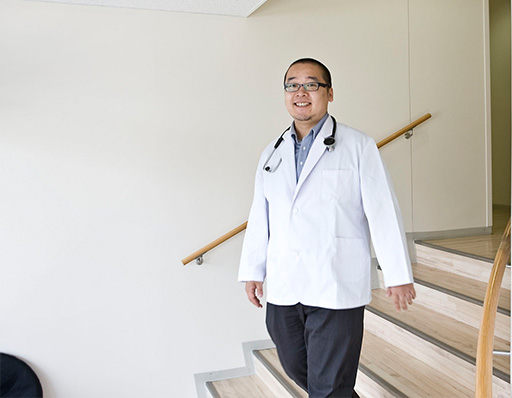 What did you focus on when you were at university?

Hoshina:At Tokai University School of Medicine, I became interested in tropical medicine ? malaria, parasites, etc. This was also the result of my passion for insects! (laughs) At university, I consciously focused on bacteriology in my studies. The fact that I decided to work at The Jikei University Hospital after graduating was because the hospital had an Infection Control Division. At present, I'm a doctor of internal medicine specializing in infectious diseases at the Department of Infectious Diseases and Infection Control.

What are your future goals?

Hoshina:At The Jikei University Hospital, there are many cases of a large variety of infectious diseases, including some rare ones. I want to compile them, publish articles, and establish treatment guidelines that will help doctors at other hospitals, too.

A Dalton School education, which brings out one's individuality and characteristics, is particularly important in childhood.

Is there anything you learned at Dalton that you feel has played a part in your career up to the present?

Hoshina:Being a doctor is a heavy responsibility. We're entrusted with patients' lives, so it's easy to get stressed out. What allows me to face the challenge while remaining motivated each day is the fact that the interests I embraced at the Dalton School have remained with me all this time, and I feel happy to be engaged in related work. I'm so grateful that I was able to find what I was interested in when I was still at a very young age.

Do you have any advice for young alumni?

Hoshina:When you enter elementary school after having been at the Dalton School, you might feel uncomfortable because of the gap between the freedom of Dalton School and your new environment. Also, you'll be expected to behave in the same way as those around you. Even so, I don't want you to lose the habit of pursuing your genuine interests. If you establish a firm base in this, whatever environment you put yourself in later, the direction that you should take will emerge.

In closing, do you have any message for parents?

Hoshina:Actually, my daughter is attending the Dalton School now. I want her to have the experience of being immersed in what she loves, just as I did. I think that the Dalton School's educational philosophy of looking after children warmly, bringing out their individuality and characteristics, and expanding their possibilities is particularly important in childhood.

Tokio Hoshina
Born in Tokyo in 1979. He attended Dalton School in Tokyo for three years from when he was three-years old. He lived in the US between the years of second to fourth grade in elementary school. From his first year in junior high school, he attended the Junior High School Green Course at Kawaijuku Komaba School and successfully passed the entrance examination to Tokyo Metropolitan Toyama High School. In 1999, he was accepted at Tokai University School of Medicine and graduated from the same in 2005. He served his residency at the Jikei Medical University Hospital in Tokyo where he is currently active as an internal medicine physician specializing in infectious diseases. 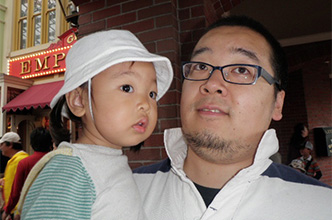